Study co-author Jianghong Liu, of the School of Nursing at Pennsylvania State University (Penn State) in State College, and colleagues recently reported their findings in the journal Scientific Reports.

Fish is considered an important part of a healthful diet. Not only is it low in saturated fat and rich in protein, vitamins, and minerals, but fish is also a good source of omega-3 fatty acids.

For their study, Liu and colleagues sought to learn more about the associations between omega-3 and sleep and intelligence, by assessing the fish consumption of 541 children from China aged between 9 and 11 years.

Using a dietary questionnaire, the children reported how much fish they consumed over the past month. The IQ of the children was assessed using the Wechsler Intelligence Scale for Children-Revised. The children’s parents were asked to complete the Children Sleep Habits Questionnaire, which asks about sleep duration, frequency of waking, and daytime sleepiness.

Sleep may mediate fish-intelligence link
Compared with children who “rarely” or “never” ate fish, those who consumed fish at least once per week scored an average of 4.8 points higher on the IQ test, while children who “sometimes” ate fish scored 3.3 points higher.

Furthermore, children who ate fish at least once weekly had fewer sleep disturbances than those with lower fish intake, which the researchers say is an indicator of “better overall sleep quality.”

The researchers believe that their findings not only support previous research linking omega-3 fatty acids with better sleep and increased intelligence, but they also indicate that better sleep may mediate the association between fish-derived omega-3 and intelligence.

The researchers say that their study also provides further evidence of the health benefits of fish, and they encourage children to eat more of it.

“Children should be introduced to it early on,” explains study co-author Jennifer Pinto-Martin, also of the School of Nursing at Penn State. She adds that introduction to fish should start from the age of 2 years, but it could begin as early as 10 months old. She cautions, however, that the fish should be bone-free and finely chopped.

“Introducing the taste early makes it more palatable,” she adds. “It really has to be a concerted effort, especially in a culture where fish is not as commonly served or smelled. Children are sensitive to smell. If they’re not used to it, they may shy away from it.”

Whether the team’s findings may be relevant to adults remains to be seen, but this is something they plan to investigate in future research, as well as which types of fish are most beneficial.

This article was originally published on Medical News Today. Available at https://www.medicalnewstoday.com/articles/320441.php 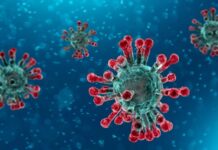 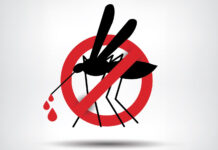